Margaret “Maggie” Quinn Mariotti, Au.D., P’10 is a retired clinical audiologist whose private practice included offices in Honesdale and Clarks Summit. She has held several clinical audiologist positions at various institutions, including the U.S. Army Hospital Ear, Nose and Throat Clinic at Fort Stewart, Ga. Dr. Mariotti also taught as an adjunct professor in the communication sciences and disorders program at Marywood University.
She was a Pennsylvania Speech and Hearing Association liaison and served as a board member of the Women’s Resource Center and the IHM Foundation. Maggie was a member of the University’s Board of Trustees from 2003 through 2010. Dr. Mariotti earned a bachelor’s degree in communication sciences and disorders from Marywood University, a master’s degree in audiology from Temple University, and a doctorate in audiology from the University of Florida.

John R. Mariotti, D.M.D., ’75, P’10 has worked as an orthodontics and dentofacial orthopedics practitioner for 35 years and is certified by the American Board of Orthodontics. Dr. Mariotti earned a bachelor’s degree in biology from the University and a doctor of dental medicine degree from Temple University. He was commissioned as a U.S. Army captain in the Army Dental Corps at Fort Stewart, Ga. After completing his tour of duty, John pursued his post-graduate degree in orthodontics at the Eastman Dental Center at the University of Rochester. At Eastman, he conducted research in growth and development and TMJ disorders.
Dr. Mariotti served as president and chair of the board of the Scranton District Dental Society and is a past board president of the Middle Atlantic Society of Orthodontists. An active member of the University’s Medical Alumni Council, he became a member of the Board of Trustees in 2019.
The Mariottis, who reside in Jefferson Twp., have four children.

Monsignor Joseph G. Quinn, J.D., J.C.L., ’72 has been a priest in the Diocese of Scranton for 35 years and currently serves as pastor of Our Lady of the Snows Parish in Clarks Summit. For 16 years he was the rector of St. Peter’s Cathedral. Prior to his current role, he was the vice president for mission and ministry at Fordham University.
Monsignor Quinn received a bachelor’s degree in accounting from the University and a juris doctorate from Seton Hall University. At the age of 25, he was appointed a federal magistrate judge for the U.S. District Court, becoming the youngest person in the country to serve in that position. After resigning his post, he entered the seminary and completed his studies at the North American College in Rome, earning graduate degrees in theology from the Gregorian University and the Angelicum University.
He has served on numerous boards, including as a member of the Board of Advisors of the North American College and as the founding chairman of the Scranton Preparatory School Board of Trustees. He is a former member of the University’s Board of Trustees, which he served for 15 years.
The Quinns are two of the 12 children of the late June Scanlan Quinn and John A. Quinn Sr., D.D.S., ’40.

History of the PBC Award Celebration 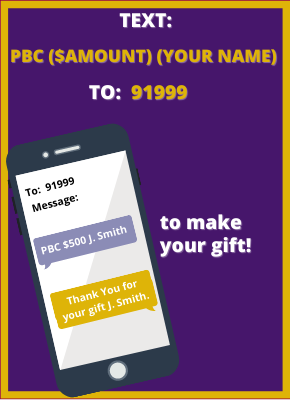